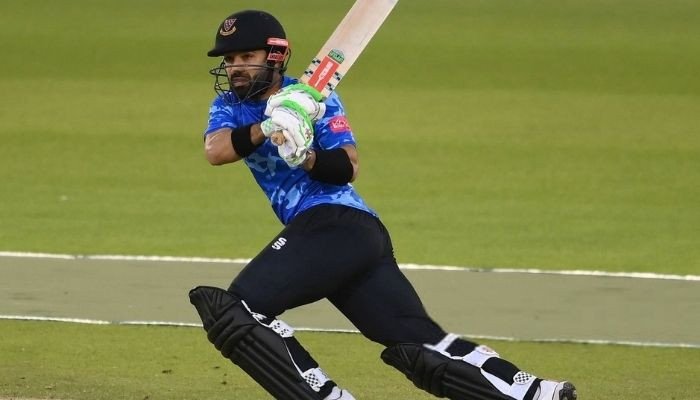 Pakistani wicketkeeper-batsman Mohammad Rizwan has made his debut in the T20 Vitality Blast by scoring an unbeaten 81 runs. The cricketers are currently in England, representing Sussex County Cricket Club in county cricket.

Muhammad Rizwan With his stellar performance, Rizwan became the highest individual scorer among all the Pakistani batsmen who made their debut in the T20VB tournament. The cricketer played a key role in bringing his county club’s score to a satisfactory target.

For Sussex, Mohammad Rizwan started the innings and played an unbeaten inning of 81 off 60 balls, including six fours and three sixes.