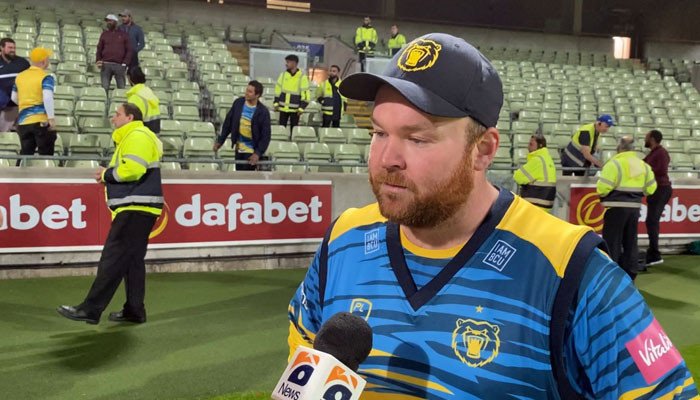 BIRMINGHAM: British batsman Paul Sterling is hoping to return with Islamabad United for the next edition of the Pakistan Super League (PSL) after enjoying his time with the franchise in this year’s edition.

Sterling joined Islamabad United in 2021 as a substitute for the sixth edition of the PSL and was re-signed by the franchise in the next edition in the Silver category. They teamed up with Alex Hales to form a great opening pair.

“I really enjoyed my time in the PSL. Twice, I was with Islamabad United and had a great time on both occasions. Loved this place and loved the hospitality,

Sterling, who scored 187 runs in five innings, including two half-centuries, had to leave in the middle of the tournament as he was called up for national responsibility after the Karachi League of the tournament. However, he rejoined the franchise in the eliminator match against the final winner Lahore Qalandars.

His decision to return to his own team earned him much respect and admiration from United fans.

“I appreciate the support of all of them (Islamabad United fans) that they were great. I have really felt a family atmosphere with the Islamabad fans. I will join them (fans) sometime in the future. Looking forward to it, “said Sterling.

The Irish batsman praised his Islamabad United captain Shadab Khan. However, in the T20 blast, he will be playing against his former captain when his team will face the Yorkshire Vikings.

“I know he (Shadab Khan) is a good cricketer in all three aspects of the game and under his leadership. He is a great overseas signer for Yorkshire. Hopefully he won’t do us any good, “said Sterling.

The Irish batsmen were speaking after scoring a century in their first game for the Birmingham Bears in the T20 Blast Tournament against the Northamptonshire Steelbacks in Edgbaston on Thursday.

Talking about his performance in the match, Sterling said that he had no intention of scoring a century in his first game of the tournament but it was good for him to start the season with a century.

“Beautiful pitch and great field for scoring some runs. You walk individually in each game and try to make your own plans. It came out as my innings today. It was my night and finally a great win. Was, “said the Irishman.

“This is just the first game and there are a lot of games to come. I think we will take a closer look at the situation in a couple of weeks and see where we are after six games and see if we are still. That’s the position, “said Sterling.