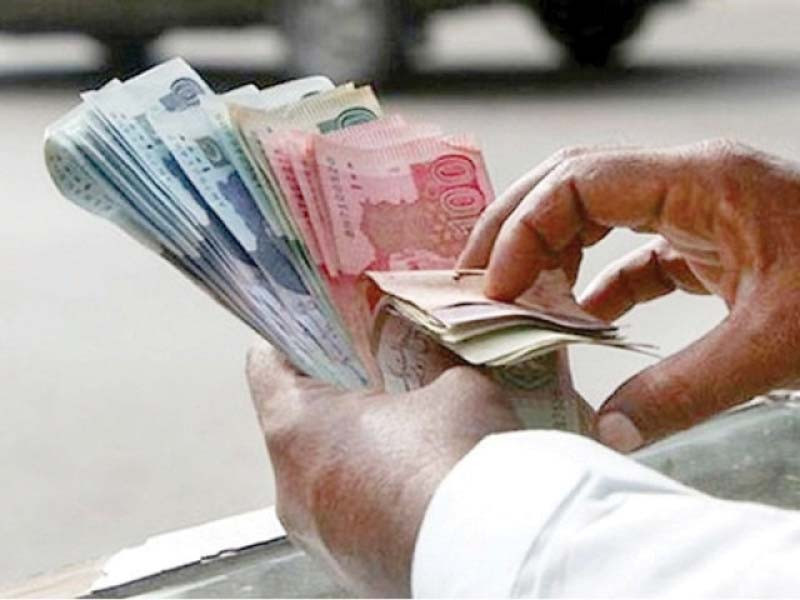 KARACHI: Pakistani currency suddenly slumped 1.15% (or Rs2.38) daily to a one-week low at Rs206.94 against the US dollar in the inter-bank market on Tuesday in the wake of the emergence of conflicting reports about a likely delay in the revival of IMF loan program.

According to the central bank data, the local currency had maintained an uptrend for over one week, as it closed at a three-week high at Rs204.56 against the greenback on Monday.

Surprisingly, the rupee took a U-turn towards the downside following Punjab Chief Minister Hamza Shehbaz’s announcement of free electricity for the consumers of up to 100 units a month ahead of the CM elections on July 22.

The supply of free electricity is against the conditions of the IMF loan program. The announcement to provide subsidized electricity to nine million households may cause further delay in the resumption of the IMF program.

Finance Minister Miftah Ismail has already dismissed other rumors and said the reports about the delay in the IMF program are untrue. “The IMF program is on track.”

KASB Securities Head of Research Yousuf Rahman said speculation about the delay in the IMF program was a reason behind the latest drop in the rupee value.

More importantly, “the jump in demand for the dollar to pay for elevated imports is the major cause behind the latest rupee depreciation,” he said.

Historical trends suggest the import bill usually remains high during June, which is the last month of every fiscal year.

Imports are expected to come down in the following months, which will help the rupee to return to the recovery path. “The rupee will recover and stand below Rs200 against the US dollar after the IMF gives its final approval for the resumption of loan program,” he anticipated.

The IMF will release its next tranche of $2 billion after completing the combined seventh and eighth reviews of the economy. This will help the rupee to regain ground against the greenback. “State Bank of Pakistan (SBP) has estimated … IMF program may unlock foreign financing worth $15 billion,” he said, adding that the central bank estimated the inflows in the last analysts’ briefing on May 23.

The foreign currency inflows on the Roshan Digital Account (RDA) have also helped stabilize foreign exchange reserves and supported the rupee against the US dollar. Overseas Pakistanis have sent the funds through RDA, in addition to their monthly dispatches under the head of workers’ remittances.

“Roshan Digital Account inflows increased to a 3-month high of $250 million in June, up 32% compared to May,” State Bank of Pakistan (SBP) reported on its official Twitter handle on Tuesday.

“Total (gross) inflows have now crossed $4.6 billion. SBP and the government remained committed to serving the needs of our Overseas Pakistanis, and we thank them for their continuous trust.”

The central bank said that the net RDA inflows stood at $3.8 billion.

SBP disclosed for the first time on Tuesday that “around $800 million have been repatriated by RDA holders in 22 months since the start of RDA in September 2020 to meet their personal needs in their countries of residence. As a result, net inflows amounted to over $3.8 billion.”